What is the most disgusting thing you’ve ever seen on the Internet?

Saving from inner kind heart, not for bad reviews!

On August 14, a middle-aged man fell to the ground in a sudden illness in Changde Railway Station, Hunan. Two medical students who went to Chengdu to take the exam saw this scene and immediately knelt to perform cardiopulmonary resuscitation and artificial respiration. The entire rescue process was nearly 20 minutes.

At that time, the rescue video was fermented on the Internet, which moved countless netizens. Some people praised the two medical students and called them “good”. It can be seen from the video that until the arrival of the ambulance, the two medical students are still insisting on rescue. Unfortunately, when the ambulance arrived, the man still regretted his death after being rescued by the nurse and doctor. 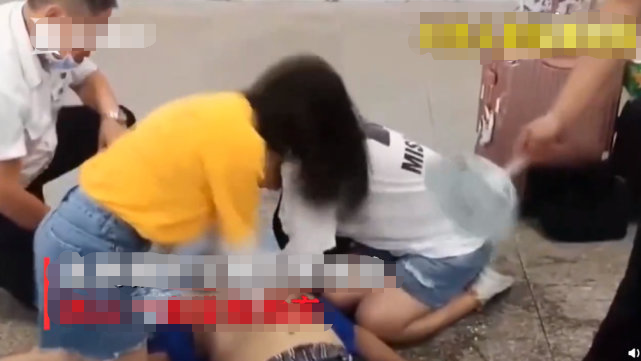 Finally, as they left , they cried on the road for not saving his live. They felt very sad.

In response to this, many netizens praised the two students who rescued them and praised them for their courageous actions. However, there have been some bad reviews, and some netizens even began to criticize the two medical students for not having professional medical qualifications. Some even spread rumors, “The family of the man took the two students to court the next day because the two girls did not have medical qualification certificates.”

Many relevant media asked the family of the deceased man to verify the matter. The family members stated that they did not take the two students to court, but expressed their gratitude to them through contact.

After the incident, the media interviewed two classmates. They recalled the rescue situation and said: “We have been giving patients CPR until the ambulance arrived. The rescue lasted more than 20 minutes.” After returning, the two classmates were busy preparing for the exam until they told them of the bad reviews on the Internet. The two understood the situation, but they said: “We feel that we have done what we should do with a clear conscience.”

Therefore, before we don’t know the truth, we should speak less and don’t be a keyboard man who hurts others! Less comments, less hurt!