What are some rare pictures that we have never seen?

By: Iris Li
In: Pictures
With: 0 Comments 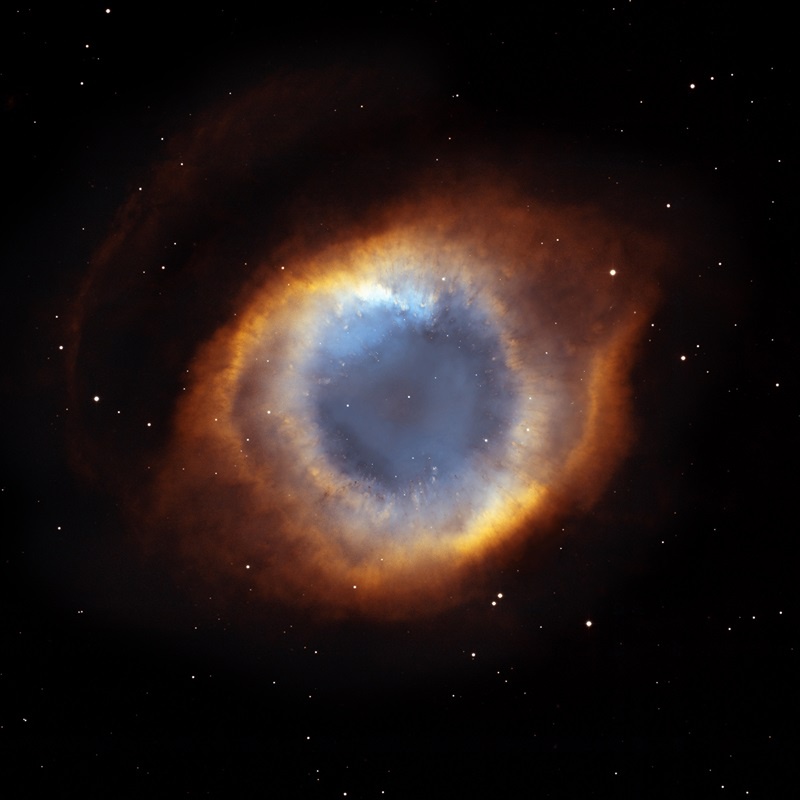 The Helix Nebula is located in the constellation Aquarius 650 light-years from the Earth. It is one of the planetary nebulae closest to the Earth. It is formed by the explosion of a supernova with a mass three times larger than the Sun, and has a diameter of 2.5 light-years. In February 2009, scientists photographed this beautiful nebula. Its shape and color looked like a huge eye. They called it “Eye of God”. 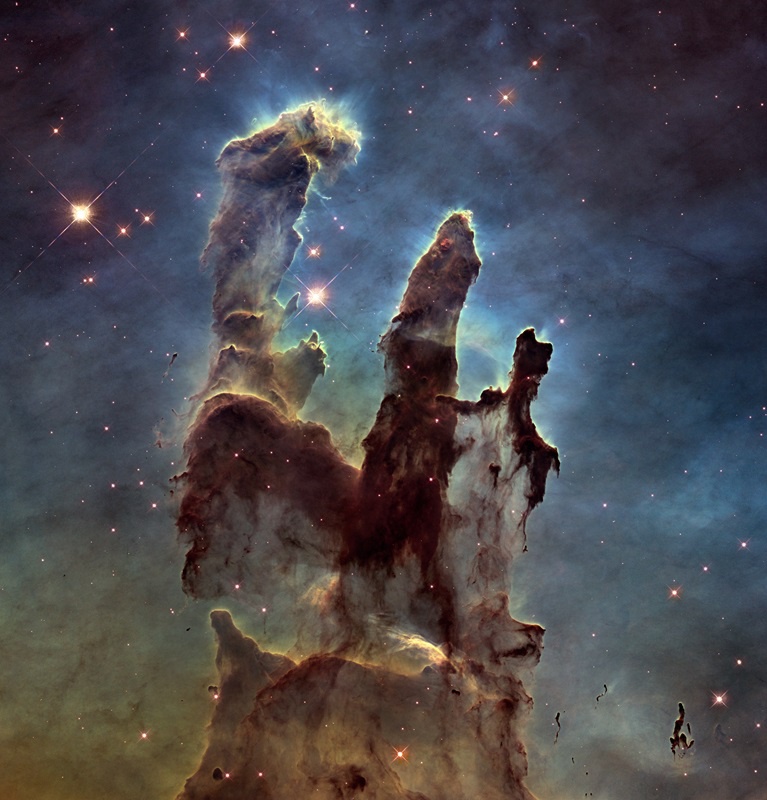 This is an image of the cylindrical interstellar gas and dust in the Sky Eagle Nebula taken by the Hubble Telescope, about 6500-7000 light-years away from Earth. It is perhaps one of the most recognized Hubble images. It is named Pillar of Creation because the gas and dust are creating new stars. The leftmost pillar is about four light years long. 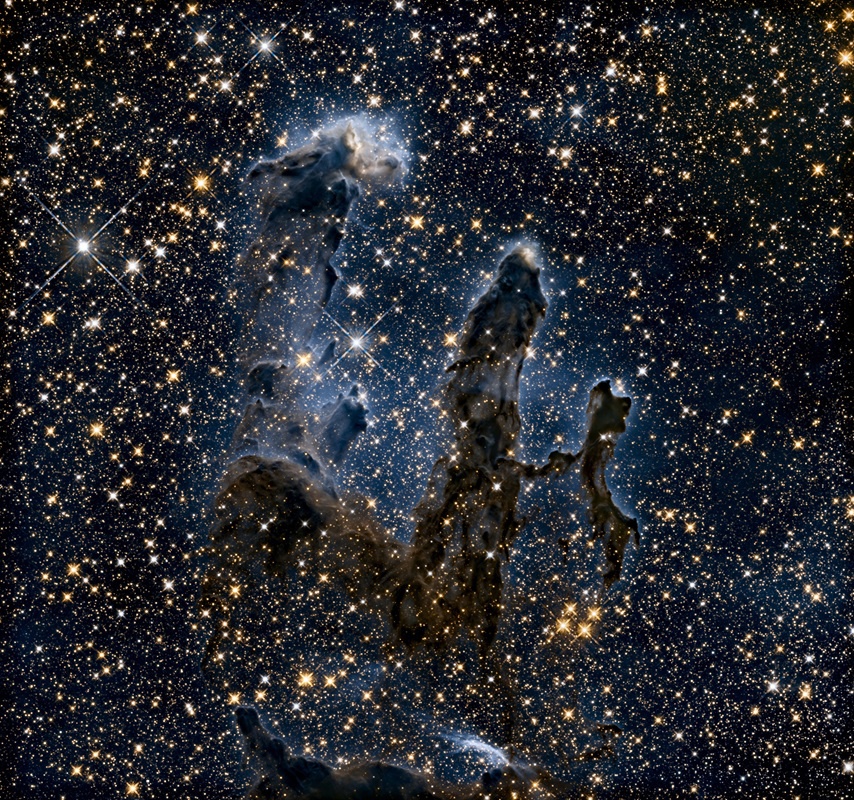 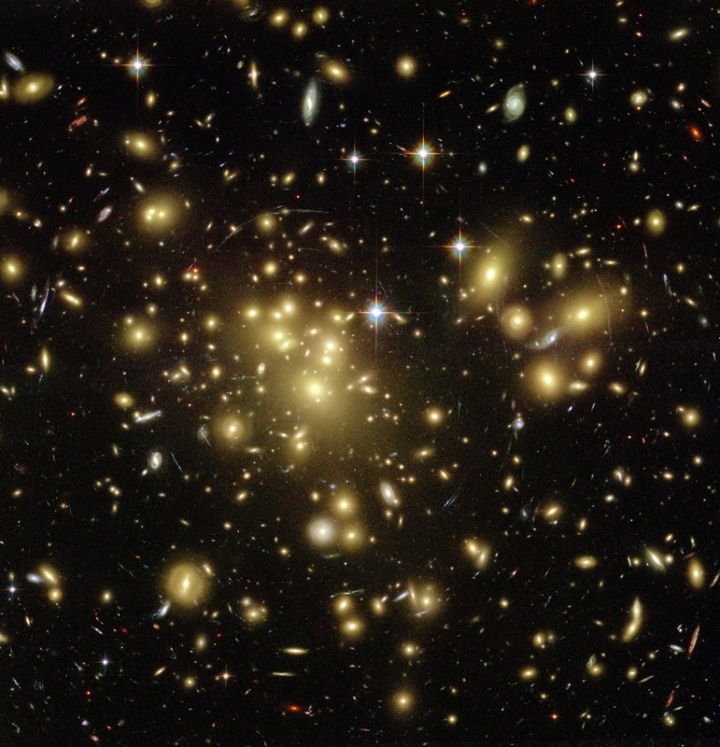 This is a cluster of galaxies in the constellation Virgo, about 2.2 billion light-years away from Earth. It is one of the largest known galaxy clusters in size and mass, showing more than 160,000 globular clusters.

Like the Milky Way, this is a barred spiral galaxy with a diameter of more than 100,000 light-years and is about 61 million light-years away from us. 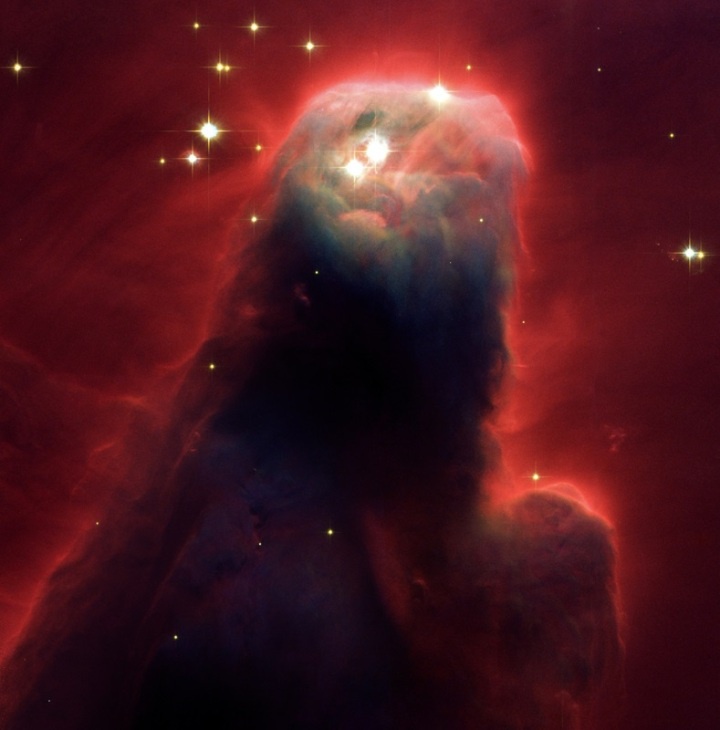 The Cone Nebula is located in the constellation Monoceros, about 2,700 light-years from the Earth. It is part of the nebula surrounding the Christmas Tree Cluster. The diffuse cone nebula gets its name from its shape.

This is a dark nebula. From the earth, dark dust and rotating gas seem to form the head of a horse, so it is called the Horsehead Nebula. It is part of the Orion Molecular Cloud, about 1,500 light years from Earth. 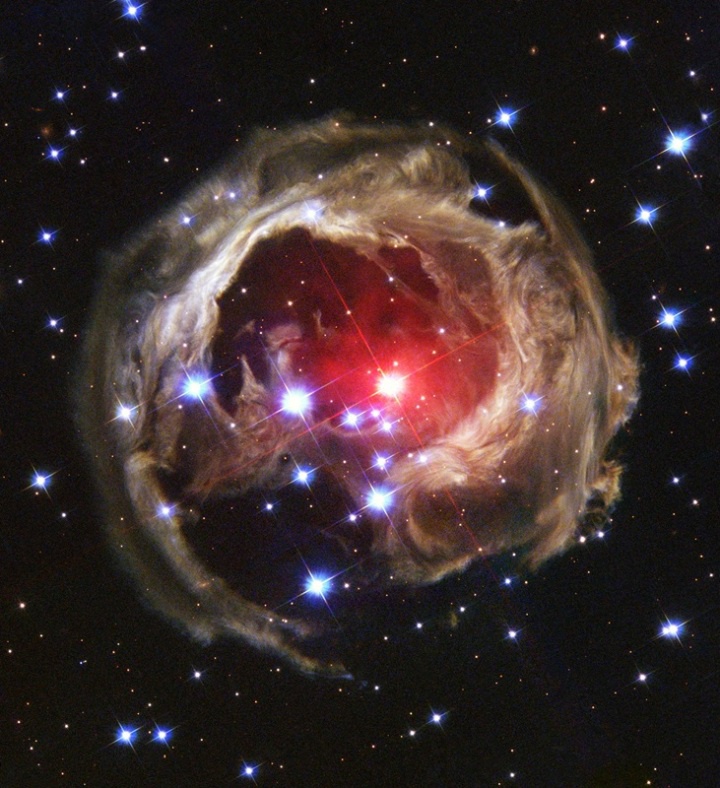 This is a red variable star located in the constellation Monoceros, about 20,000 light years away from the sun. It was discovered in January 2002 and reached a maximum visual magnitude of 6.75 on February 6, 2002, and began to dim rapidly thereafter. 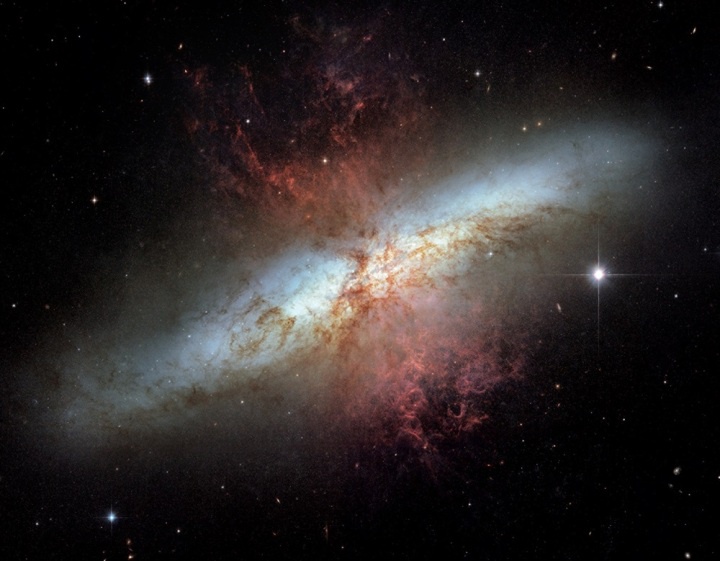 Also known as the Messier catalog 82 (M82), it is an irregular galaxy located in the constellation Ursa Major, 12 million light years away. It is the nearest nuclear starburst galaxy to the earth. The colliding gas cloud produces stars, mostly in huge star clusters. 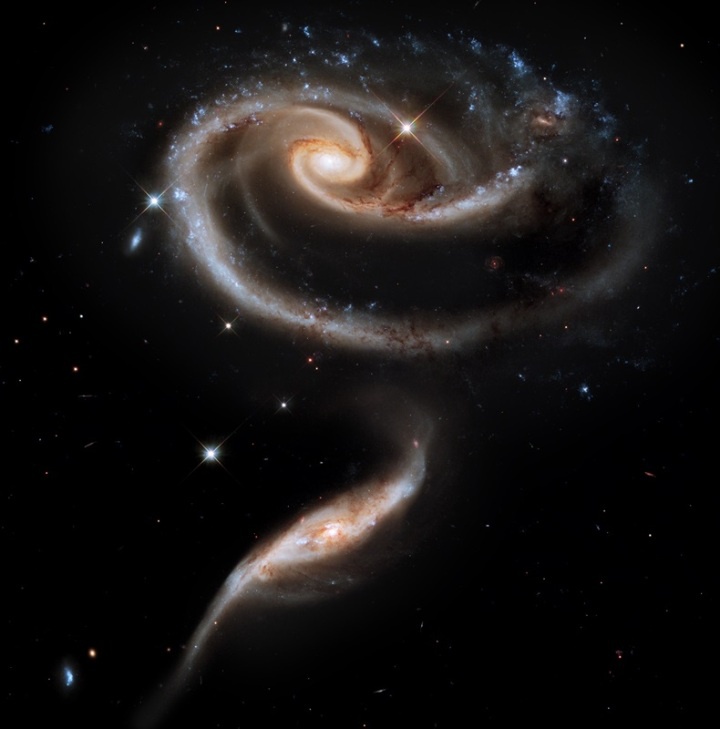 When spiral galaxies interact, tidal forces can distort their normal form. On the 21st anniversary of Hubble’s lift-off, NASA astronomers released photos of a pair of interacting galaxies. These two galaxies look like a beautiful rose, called “Arp 273”, located in Andromeda. , About 300 million light years from the earth. 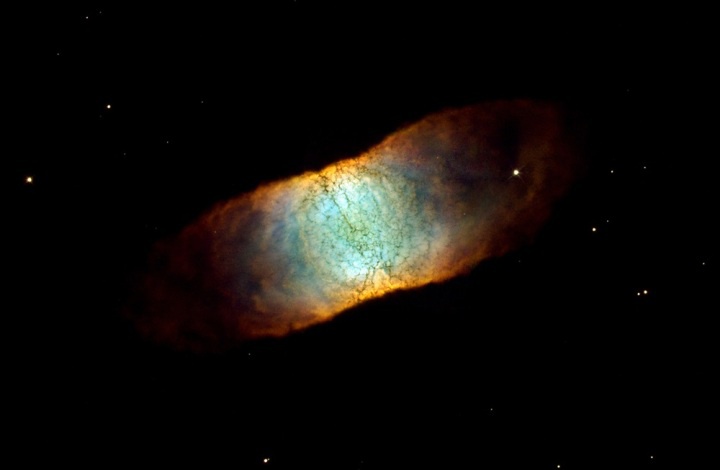 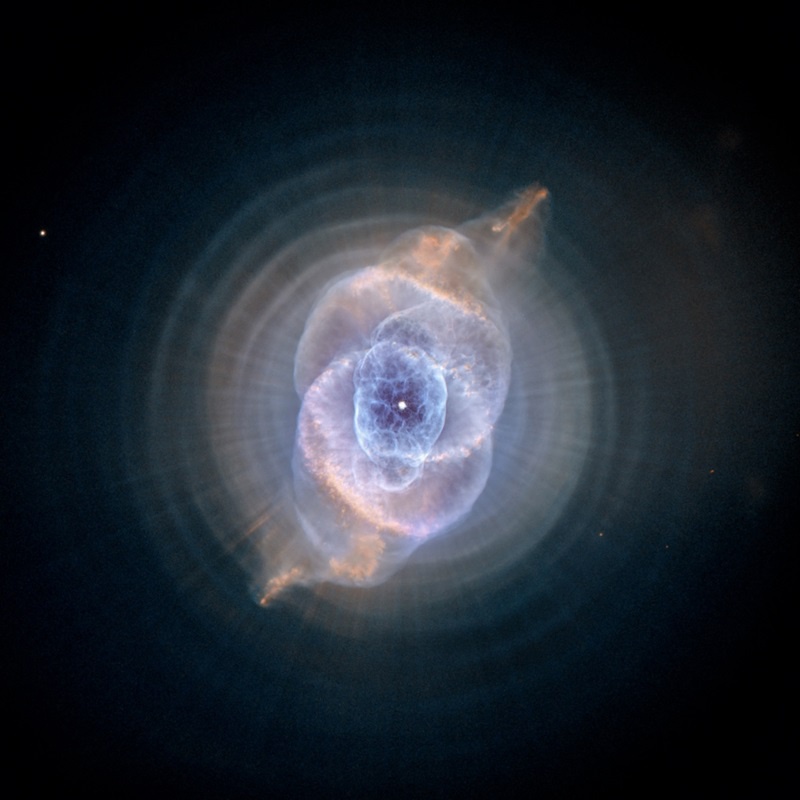 he Cat’s Eye Nebula, a planetary nebula in the Draco constellation, is one of the most complex nebulae known. Images taken from the Hubble Space Telescope show that the Cat’s Eye Nebula has various shapes such as knots, spray columns, and arcs. 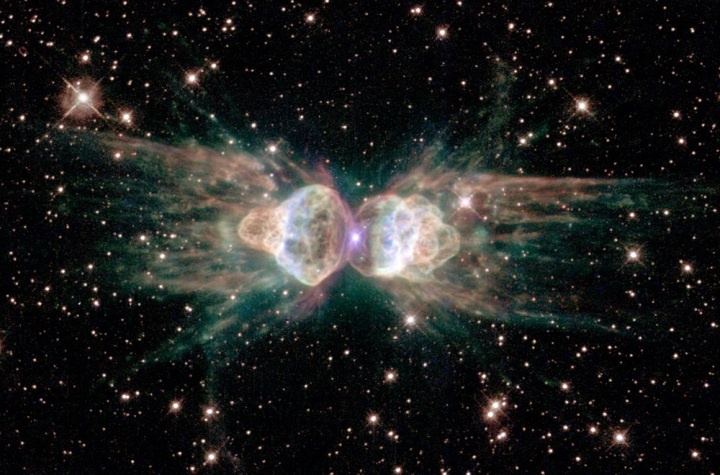 This is also a planetary nebula, also known as Mz3, ejected from a globular star similar to the sun, located in the Milky Way, 3000 to 6000 light years from Earth. So far, astronomers have not figured out how this “ant”‘s waist came from. 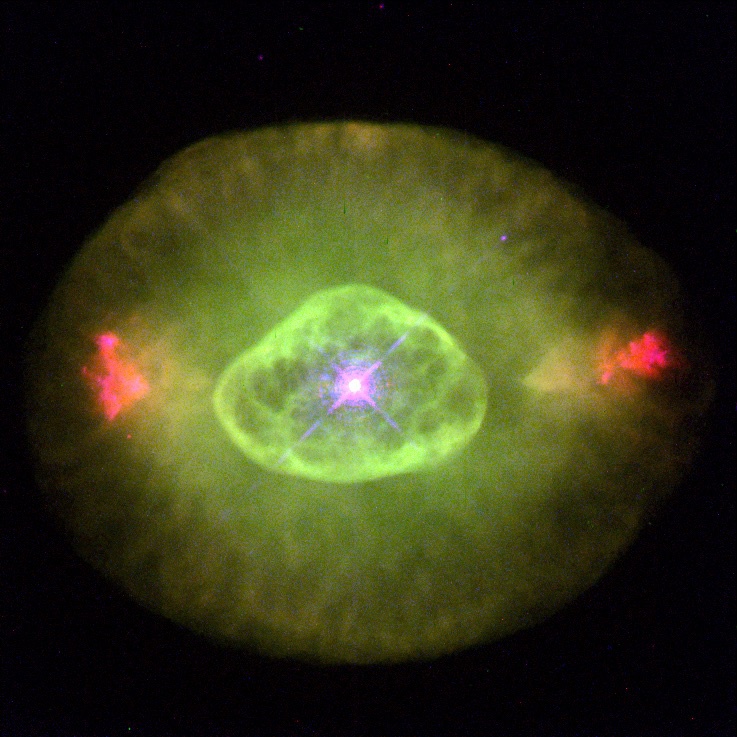 This nebula is 2200 light-years away from us and is 1.5 light-years in size. Images taken by Hubble show two red patches on the edge of this nebula. 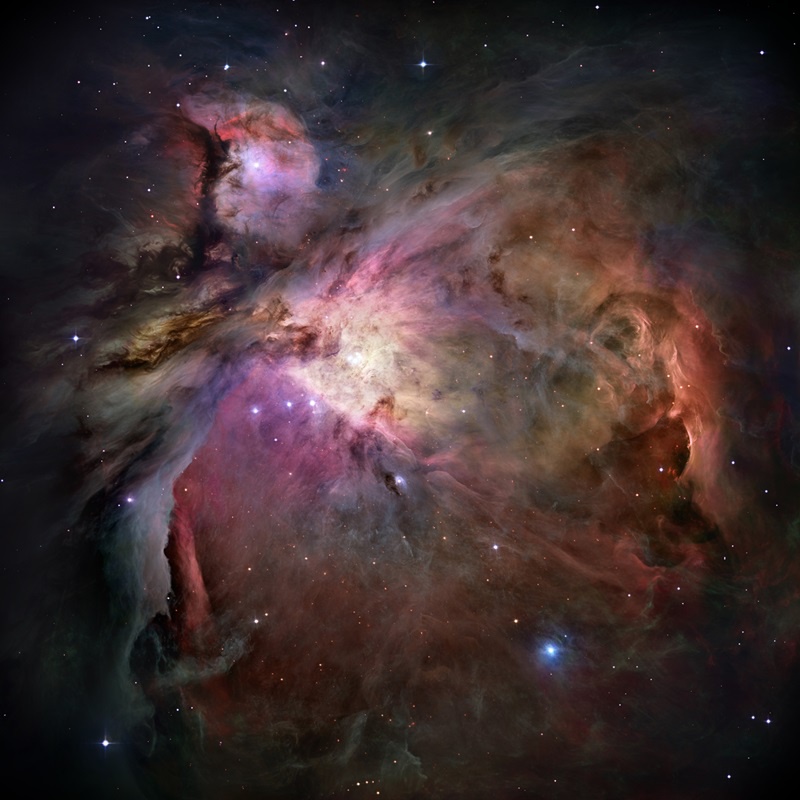 It is a reflection nebula in the constellation Orion and a diffuse nebula. Discovered by the Dutch astronomer Huygens in 1656, it has a diameter of about 16 light-years and an apparent magnitude of 4, and is 1,500 light-years away from the earth. It is a huge gas dust cloud that is producing new stars in space. Hubble provides astronomers with an excellent view to watch the birth of stars.