Maybe a man had a sex with his mother and sister!!! Even worst, he wants to send me his friend’s private photos!!!

One day, i received a message from a person on other one social app. He talks to me about his own story. But then, he said to me the followings, which made me shocked. 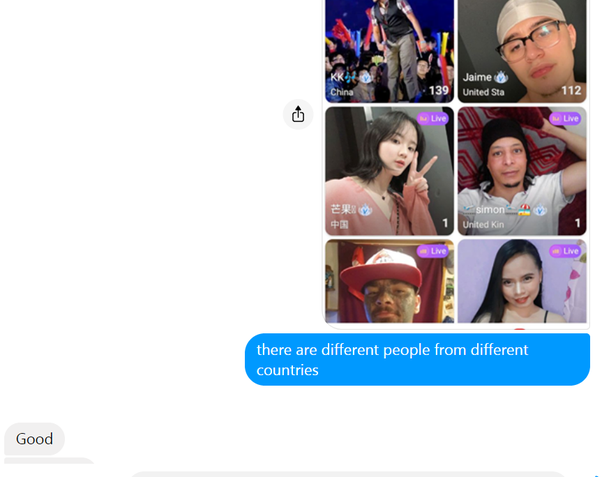 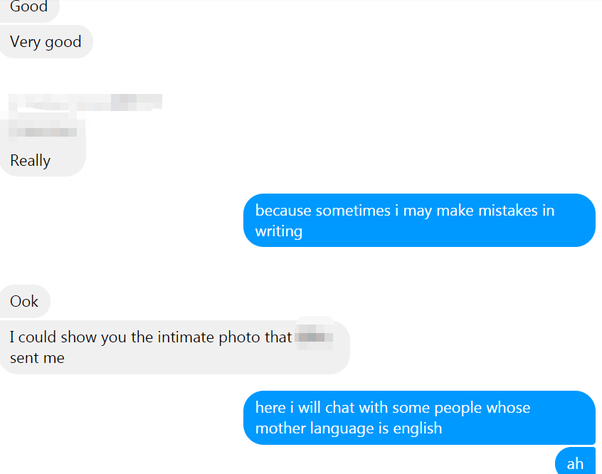 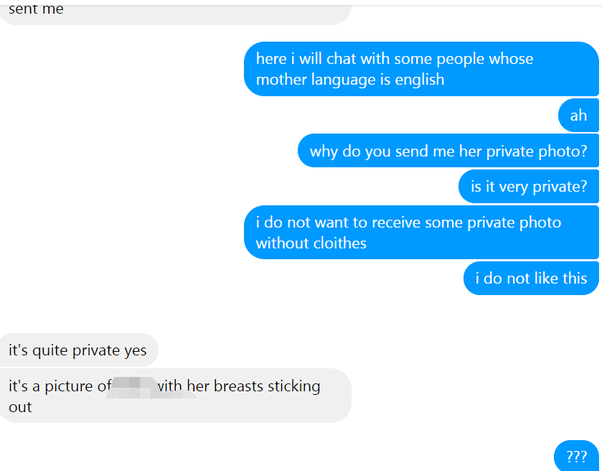 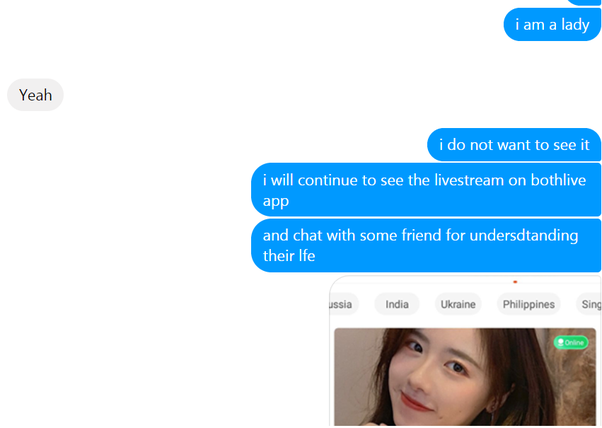 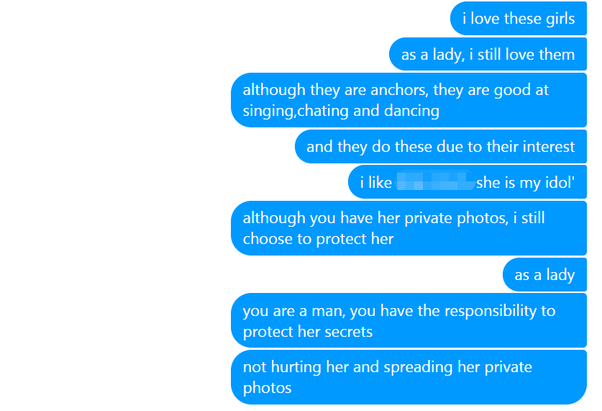 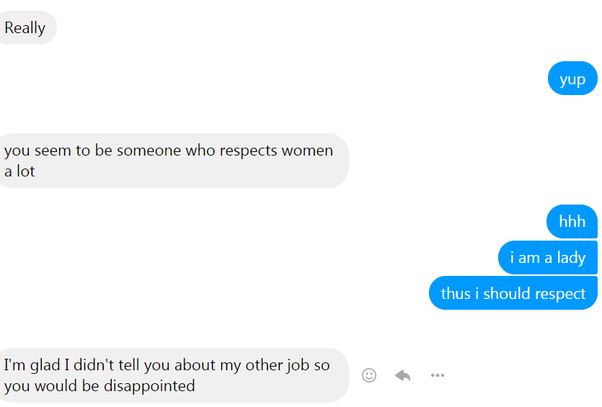 At that time, i was shocked that he would sent his friend’s private photos. And i feel so angry that i spoke much to him.

Besides, He said to me that he once earned his life for taking videos in sex. Even worst, for making money, he had sex with his mother and sisters respectively. At that time, i do not show my accuse to this thing. 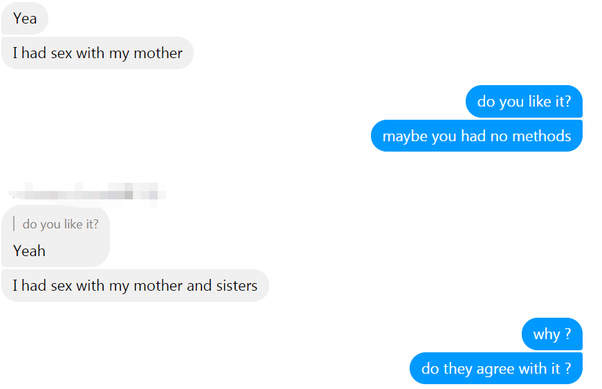 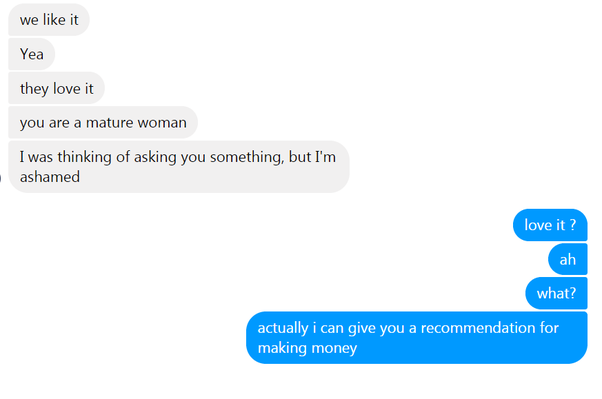 On the contrary, what i care much more is his life. I suppose that he can change into a new life without making money in this way! Thus, i provide him with a recommended job. 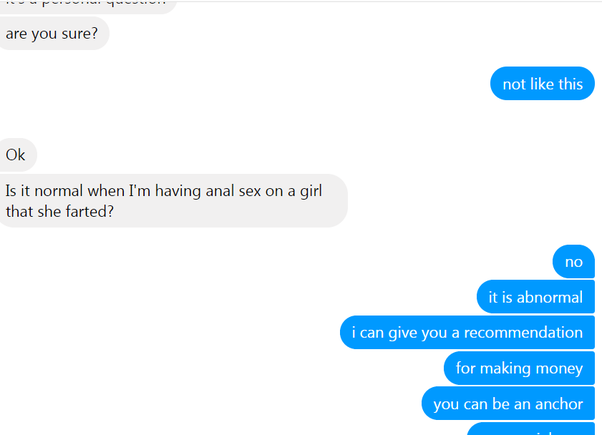 What i care about is his life. I feel empathy for his suffering, but i feel shocked when i heard this. He did not feel ashamed of this bad behavior,but focuing on tell his desire to sex, especially sexing with his sisters.

Shocked, i suppose that he does not deserve my recommendation. He is a bad guy, just a bad guy. I can not save him, but i feel empathy of his mom and sisters.