A news shocks me and make me disgust!

Three people, aged 31, 34, and 41, operated a farm near the Munson area of Pennsylvania. It was on the farm where the three had sexually assaulted various animals for 4 to 5 years. 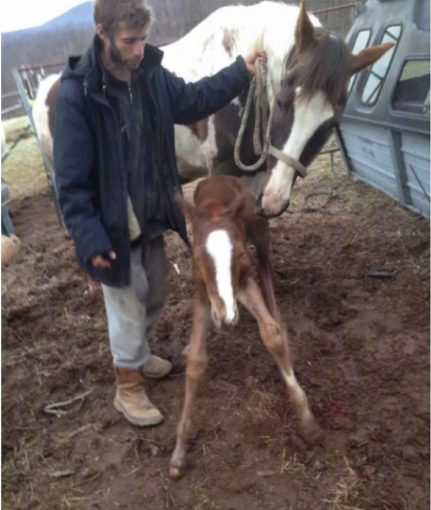 As many as 120 animals were assaulted: 9 mares, one goat, cow, and dog. Because of the long time span, the total number of sexual assaults is expected to be more than 730. Even worst, every time when they had sext with animals, they might record this process by a video.

Besides, they forced a 16-year-old boy to participate in this disgusting process. They forced the boy to take care of the animals daily. At the same time, he also grabbed the animals and forced them into their designed slots so that the three of them could carry out the next attack. Afterwards, the boy needed to be cleaned up. Young people not only have to suffer coercion, but also endure extremely harsh living conditions. Because the farm lacks food and electricity, rainwater is used even for bathing. Fortunately, the boy didn’t involve in this sex process with animals.

But due to a long time hurt, the boy choosed to call the police for this thing. Finally, these three farmers were in the prision, who were jailed for 20 to 41 years.

If you are a man, please protect these animals, not hurt them, even having sex with them! Never do such disgusting thing! Of course, if you have some needs in sex, please endure or find a normal man! Not an animal!