Youth suicide is never far from us

The 17-year-old boy was criticized by his mother because of a conflict with his classmates.The mother parked the car in the middle of the road, got out of the car, and said something to the son in the back seat. Obviously, his mom was angry. After the mother got in the car, the son suddenly opened the door, rushed to the railing, and jumped off. The bridge was high and there was a concrete floor below.The boy did not hesitate but jumped off. Before the first aid arrived, he stopped his breath, with only leaving his mother thumping and crying. 2. Father and son quarreled in a supermarket in Thailand.

The father did load the gun to his son with some angry words. Then the son did not hesitate to pick up the pistol, aim it at his temple, and die on the spot. Resolute and decisive, he ended his live, only leaving his father crying heartbroken. It only took his son a moment-1 second to blast his head with a gun.There are only 8 seconds before and after, from the father cursing and walking to the counter, to the ground crying, shouting. 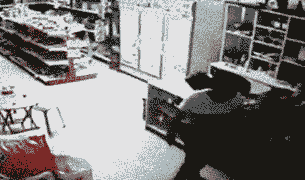 Hope the young cherish their lives！